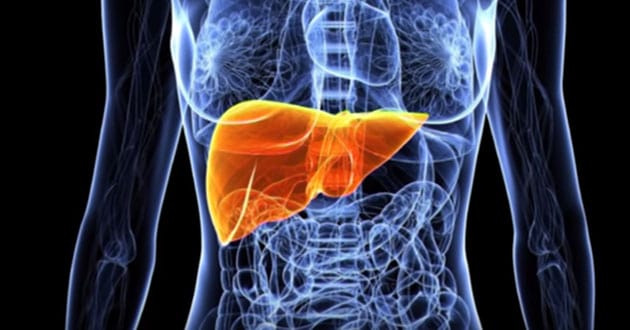 Liver surgery is performed when treatments with other methods is not possible or did not give proper results. So, let us explain how everything works.

In most healthy people, liver is just of one of many organs that functions independently from our influence and under our supervision. However, this organ is responsible for food digestion as well as elimination of toxic substances from the body, beside many other important roles. Liver also helps in protection of the body from infection, plus it stores the energy -which makes it very important organ from many aspects of health.

When this vital organ stops to function correctly, focusing on liver health could be crucial question of life and death. There are many different types of liver diseases, but if they are not diagnosed and treated on time, they could be potentially harmful and potentially deadly.

Regarding the seriousness of potential liver disease and complications with liver in liver insufficiency, it is important to be aware of the warning signs that your body sends to you. Fortunately, in the early phases of liver issues there are symptoms.

What are the symptoms of liver disease?

Sings and symptoms of liver diseases can include:

– edema or swelling of legs and ankles

There are cases when symptoms are so mild or unspecific, so that liver health remains neglected or unnoticed. As liver insufficiency progresses, symptoms could become more serious.

What are the causes of liver disease?

There are many different liver diseases and ways for development of liver insufficiency that requires the surgery procedure. This issues and generally liver dysfunction could have genetic background (they are inherited), or could be the result of viral infection (hepatitis A, B and C).

Also there are autoimmune hepatitis, when the body attacks its own cells and tissue without the known cause. Being overweight and clinically diagnosed obesity can also contribute to liver damage. Inflammation and scars caused by parasites and/or viruses, cancer or even high medicine consumption could lead to liver issues.

The most common cause of liver disease is over consumption of alcohol, so thus is developed so called alcoholic liver disease.

Additional factors that increase the risk of liver disease include:

– Tattoos and/ or piercing on the body

– Exposure to certain chemicals and toxins

In order to estimate degree of damage and determine if it is time to perform liver surgery, doctor will probably perform the combination of the following tests, that would include:

What are the liver disease complications?

When liver damage becomes chronic, it could lead to scars, which is more known as liver cirrhosis. This condition can eventually lead to liver failure, which could lead to death.

Cirrhosis could lead to liver cancer. In some people, symptoms of liver cirrhosis are the first signs of liver disease. Fortunately, liver cancer is considered  rare disease and is often treated with partial removal of liver tissue, transplantation, chemotherapy and /or radiation therapy.

Like in other health issues, treatment of liver diseases differs and depends on the specific diagnosis and phase of progression of disease in every single patient. Sooner the issue is revealed, better are the chances for treatment. Liver diseases in the early phase can even be resolved with the modifications in life and dietary style, like stopping alcohol consumption, healthy diet and weight loss (if it is necessary). More progressive liver disease, liver cancer or other more serious complications would require liver surgery, use of certain drugs and other treatment methods.

Surgery for removing part of liver is called partial hepatectomy. This surgery is considered optimal if there is a tumor that has not grown in the blood vessels. This is the option in patients with good liver function that are vital enough for the operation.

Often an ultrasound and scanner are used during liver operation, even during the resection itself.  Nowadays partial hepatectomy is considered primary option regarding huge resection in order to save the biggest possible part of liver parenchyma.

Patients with liver cirrhosis can have an operation only if they made decision previously, on time and still have reasonable liver function quality. This function is often determined with Child-Pugh score, which is criterion for cirrhosis based on some laboratory tests and symptoms.

When liver surgery is considered, average time spent in hospital is 14 days.

Possible risks and adverse reactions: liver resection is large and very serious operation that can be performed by highly educated and experienced experts. The fact is that much blood goes though liver, and bleeding after the operation is serious concern. Other possible problems are similar to those that could be seen in most other operations and could include infections, complications after anesthesia, blood clots and pneumonia.

First day after the liver operation patient gets only liquid food, and 10 days after that special diet must be carried out that includes avoiding of heavy and fatty food, alcohol, coffee, carbonated drinks and everything that causes flatulence.

During next 2-3 months it is necessary to avoid fatty food and eggs, and usually there are no other food restrictions. Exception are patients that eventually have some accompanying diseases (colitis, ulcus duodeni et cetera) and they will get detailed instructions about healthy lifestyle.