What you are going to hear and show is a fairy tail with happy ending according to our patient.

Young man that you see on the picture lived completely normal life, had friends, went out and played football very successfully. Then there was war in his country. As many other people there he became victim of war clashes and he was seriously injured.

He was wounded with the bullet in the spine, he remained on the ground immobile and there was the beginning of his harsh reality and fight that lasts for two years. 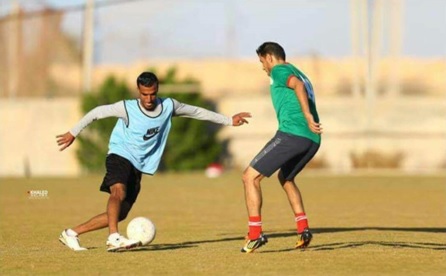 Young man that had a dream to play a football for his favorite team became practically an invalid that could not walk independently and every day he fights against enormous pain! He received emergency care immediately after an injury in the hospital in Libya, after that he was transferred in Tunis where he had been operated unsuccessfully and after that he went to one hospital in Italy.

Unfortunately, doctors could only confirm the fact that the injury was so serious that solution did not exist, nor hope, and that probably he would not be able to use his right leg ever again. Doctors gave to Sohaib significant dose of medicines and sent him home.

“It is not enough to say that I was desperate, my family suffered for my sake and they did not have the way to help me, I suffered unimaginable pain, every try to give me some kind of medical support failed, my condition every day deteriorated further. Pains kept me awake during night, during day I would sit in my wheelchair or alone with crutches I would drag my leg in order to move a little bit. During sitting I had to bend my leg with my hands and standing up was so painful  that it took me an enormous effort to get up. I started to suffer from depression, I started to take larger amount of analgesics and the fact that I am an invalid for the rest of my life and I would not be able to walk and dream about the football became really a dream to me”.

Not long ago after that through contact with some friends I got the information about Atlas General Hospital and their specialists who perform very delicate and complex operations with great experience and motivation can help the patient with most difficult health issues that previously tried everything else that was possible. Soon after that a contact was made and Sohaib’s medical documentation arrived in Serbia.

Patient injured with a fire arm in the spine, inability of moving the right leg, great pain..

Team of doctors of the Atlas General Hospital that was made of orthopedic surgeons, neurosurgeons, spinal surgeons, specialists of physical therapy and diagnostic specialists that made plan of treatment and notify the patients about that.

Sohaib came in Serbia in March 2017. The treatment plan was made immediately and included physical therapy, two operating procedures and after that rehabilitation and spa treatments.  Sohaib was on the ward of Atlas General Hospital that became, as it turned out, his new home for another 8 months. 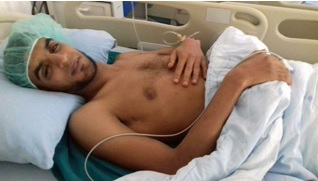 After that patient had physical therapy and work with psychiatrist in order to get rid of addiction from analgesics and improve his depressive mood. As time went by patient felt certain improvement regarding pain and he started to sleep normally, to spend more time outside and for the first time in two years after the injury he thought he felt better.  Medical staff of the Atlas General Hospital beside their regular therapy and examination tried in every possible way to help Sohaib to feel as comfortable as possible and that his hospital days passed as fast as possible. Sometimes we found medical staff to play Sony play station with the patient in his living room, every day someone of our staff learnt the Serbian with him, together with English classes in order to improve the communication. It was very quickly that we started to look at him as part of our hospital, he helped with cleaning of hospital garage, he made coffee and he became a part of Atlas hospital.

For his birthday there was a surprise with a cake, candles and little party in the hospital. Sohaib started to cry for the first time: “I did not cry in spite of all the pains I feel everyday, because I felt so much love, attention and gratefulness so I got very emotional”.

The second operation was performed on 3rd July 2017- Implantatio Spinal cord that stimulator (Medtronic) that have neuro stimulator Medtronic implanted. 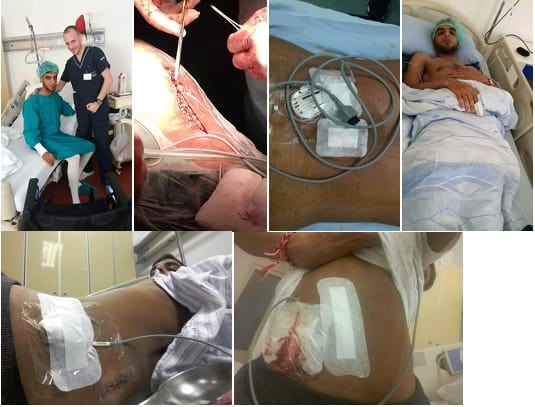 After the operation patient had physical procedures in the spa and Atlas General Hospital.

After that, pain was minimized, patient stopped to take analgesics and general state of the patient evidently improved. He told us that his will for life returned and that means a great success in his treatment. 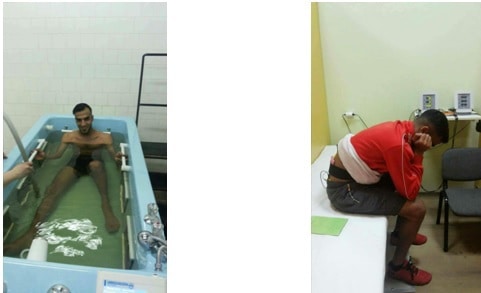 However, 9th September was the day that he remember for the rest of his life and that he regards as his new birthday. He started to feel some kind of tingling in his leg and during exercise with the physiotherapist  he moved his toes. That was the real reason to celebrate and a sign that a nerve started to react on stimulation. Within the next few days we started to encourage the patient to try to walk without help and crutches. The moment that Sohaib stood up on his own feet and asked for the physiotherapist to let go of his hand and it was great success and great joy, his own and also of the whole hospital. He immediately called his family, he said that he stood on his feet and that photo was shared on the network where everyone greeted him and encourage him to continue with the exercises. 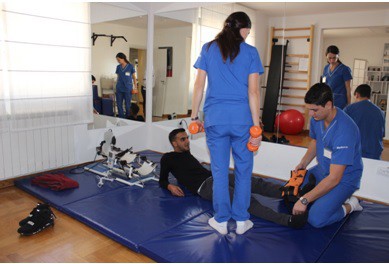 „The moment I stood up and told the physiotherapist to let me go is the moment that was like a dream to me that began to come true. Director of the hospital dr Igor Georgijev constantly kept telling me to be persistent, never to give up; as they would not give up and that he was sure that I would walk again. This moment was the one that I realized he was right, they fought my battle with all possible ways and I tried to do my part of job in the best possible way and all together at the end gave success.

And now there is an incredible part of the story, the day when the patient who came in Atlas Hospital 8 months before this moment, sad and hopeless in the wheelchair asks everyone in the hospital to look through the window. Down in the street stood Sohaib, and with self confident steps on good Serbian shouted: ” We made it, I can walk!”

„  On 7th October 2017. I started to walk on my own. All in the hospital cried, doctors, nurses, physiotherapists, neighbors from the street, all other patients with whom I was shared the hospital. We cried of happiness and I kept saying: This is a dream, is this real, I can walk, I can walk again. I will remember this day till the end of my life, because this is my new birthday. Thank you all from Atlas General Hospital, I really don’t know how to thank you, it is hard for me to control my emotions when I speak with the staff. My gratitude is really nothing comparing to what I got, I’m the happiest person in the world”. 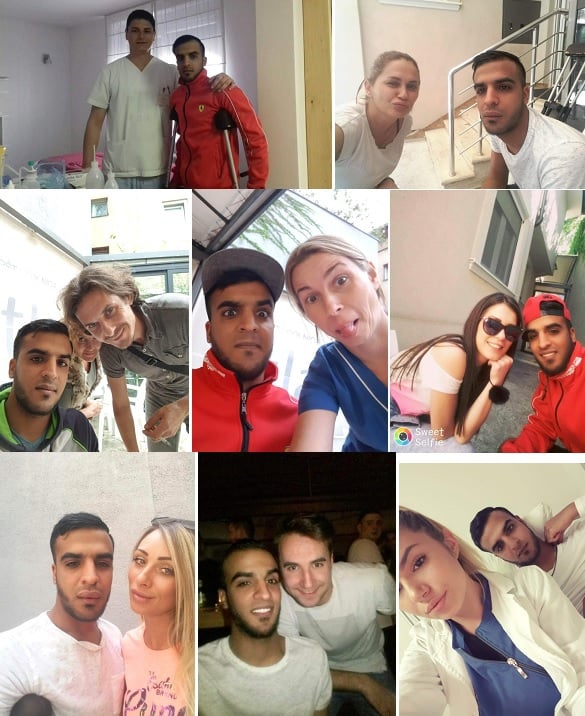 “I will go immediately to walk down the street of this beautiful Belgrade on my own feet. I will leave the crutches here, I thought it would be good idea to crush them or to leave them for someone else to whom I wish the fortune like mine. In two days I will go back home, without the wheelchair and crutches, literally I am able to run toward my home.  My family said goodbye to me with tears in their eyes  in the wheelchair and without hope, and I come back alone without the medical staff; I walk only with my suitcase full of beautiful memories. I am grateful to my doctor Milenko Savić, to dr Slaviša Zagorac, to dr Igor Georgijev, to anesthesia team, to psychiatrists, to physiotherapists, to the hospital ward, to the hospital drivers – you are my other family. “

Cutting edge equipment and team of experts that will always try and give its best to do even “impossible” to solve health issues.

You can look the video about the patient’s story: