A chance for a normal childhood • Atlas General Hospital 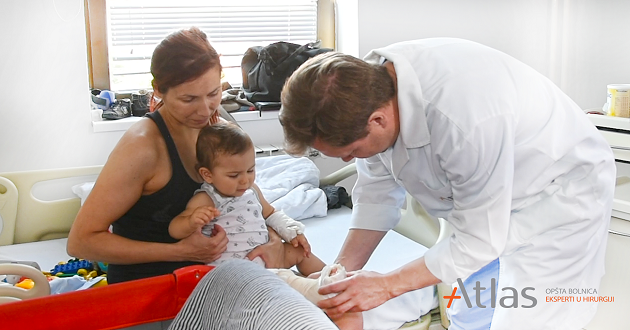 Who is professor Dmitry Popkov

When his colleagues speak about him, the first thing that can be heard is – a professional. Instead of going straight to the hotel from the airport he is kind of doctor who asks to be taken immediately to see his patients. He is doctor that did not want to work in private hospital in Serbia unless the highest standards are respected regarding orthopedic surgery. He is a doctor that knows everything about his patients.  Doctor who operates and cures children that lost hope in other institutions in the country.

Doctor Dmitry Popkov, professor of Russian Academy of Medical Sciences from Kurgan in Russia, has dedicated his career to curing children with severe extremity deformations. Atlas General Hospital provided all necessary conditions and through collaboration with professor enables curing of children in Serbia using techniques and methods that are used only in America and Russia.

The duration of treatment will depend on the deformity and health problem. We mainly speak about complex  healing in stages that requires not only work of surgeon but also collaboration of prosthetic surgeon, neurologist, physiatrist, psychiatrist.  It is necessary, in most of the cases a team approach in such pathologies and our hospital has team of experts and all necessary conditions for treatment as in top ranked world hospitals.

In the middle of 2000’s reconstructive extremity surgery had signs of subspeciality of orthopedy. Since that time orthopedy as a branch of medicine had significantly improved and recently  improved system had been introduced – Ilizarov fixator that accelerates bone growth twice.

Ilizarov method, except for extremity anomalies, is used for spine pathologies as well as orthopedic treatment in children. Apparatus is also used for treatment of open and closed bone fractures, “false joints”, joint contracture and osteomyelitis.

Operations that give chance for better life of children

Until now  in Atlas General Hospital large number of children had different kind of operations of different age with upper and lower deformities.  Dr Popkov’s patients are often very small children only one year old that are given chance for a better life in the future by combining methods of pediatric and neuro orthopedic surgery.

Visiting surgeon – doctor of medical sciences – professor Dmitry Popkov (Ilizarov Center, Russia)  has done reconstructive operation of “fibular aplasia” in one year old child.  This operation enables to the child to begin with leg support, to get rid of the orthopedic shoes and regain conditions for functional development of the lower extremities.  This kind of operation so far have been performed only in Ilizarov Center (prof.Popkov)in the USA (West Palm Beach), and by now also in Atlas General Hospital. 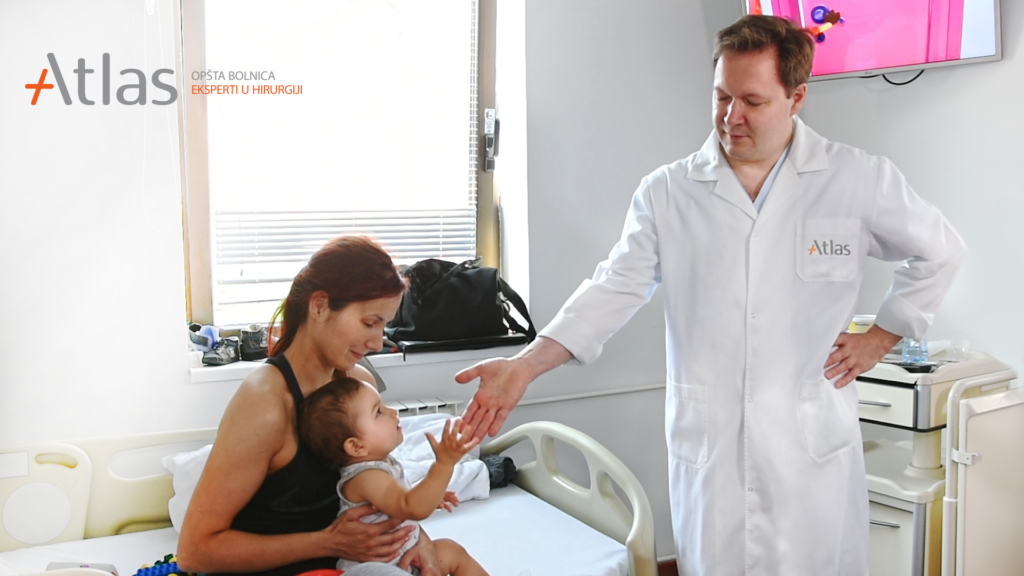 Beside that, it has been performed Ilizarov method in patients with arthrogryposis and malformation of upper extremities. Prof.Popkov also has made correction with the method of “guided growth”.

It is important to mention that dr Dmitry Popkov is:

Atlas General Hospital is trying to give the patients the most cutting edge methods of healing. In its team we associate eminent world experts that will be available to our patients in Serbia.