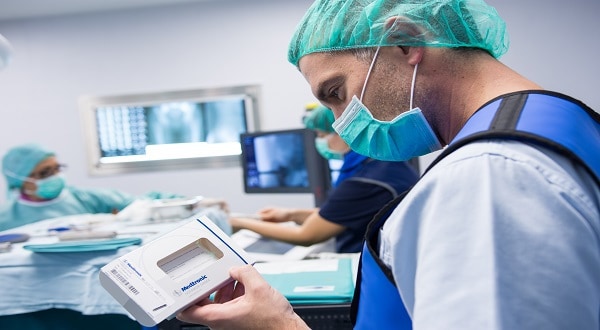 Doctor Milenko Savić neurosurgeon-spinal surgeon of Atlas General Hospital built in an implant of Medtronic that is named Rialto and it is first time that such an implant is used in Europe. Doctor Savić explained after the operation the reason why it is important to develop techniques and implants in surgery.

“We have just finished the operation, I must say, it is the operation that was performed in Serbia, implantation for fixation of sacroiliac joint.

First, we would like to explain what sacroiliac joint is: it is the joint, or better say, connection between pelvis and spinal column.” 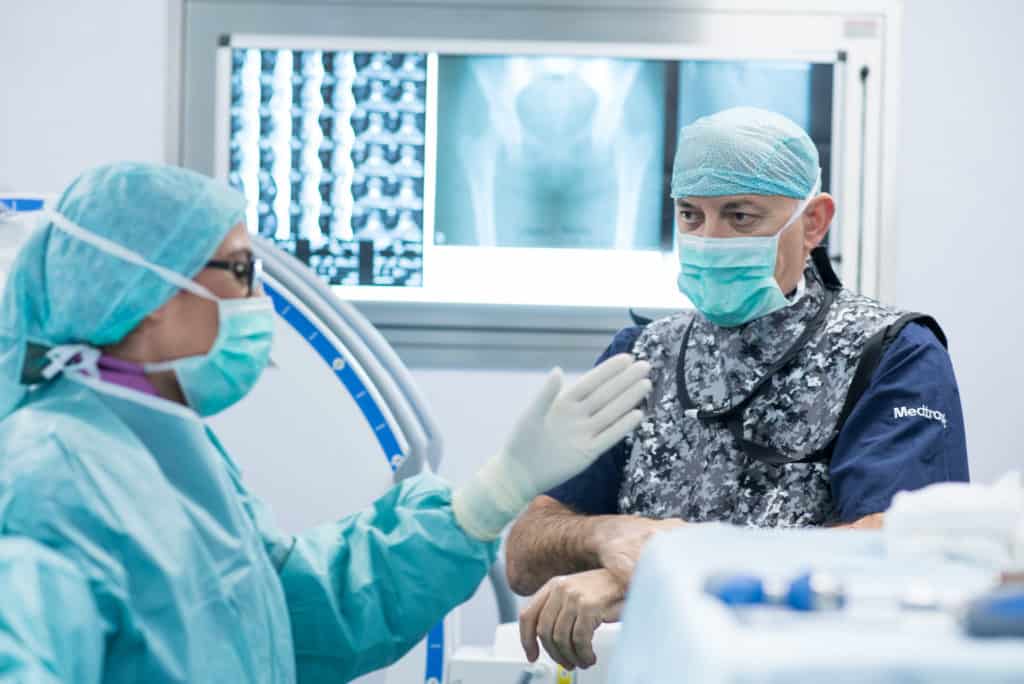 Recently there are knowledge that in large number of cases, back pain has origin in dysfunction or damage just in sacroiliac joint.

This is why technique has been developed and of course implants that have function to fix sacroiliac joint and thus to eliminate pain.

Why Rialto implant is important?

“Today for the first time we have built in one special type of the implant that, I can say, is most easily implantable even through the smallest cut. Cut is only 2 cm, so there are no damage to the surrounding tissue, so minimal trauma of the tissue is advantage for the patient that can eventually go home the day after the operation; he could stand up and could walk in short period of time. Operation is performed through minimally invasive opening, through small cut on the skin under control of X ray, so thus we can have clear picture and we can see position of the instruments and implants in the same time. ” 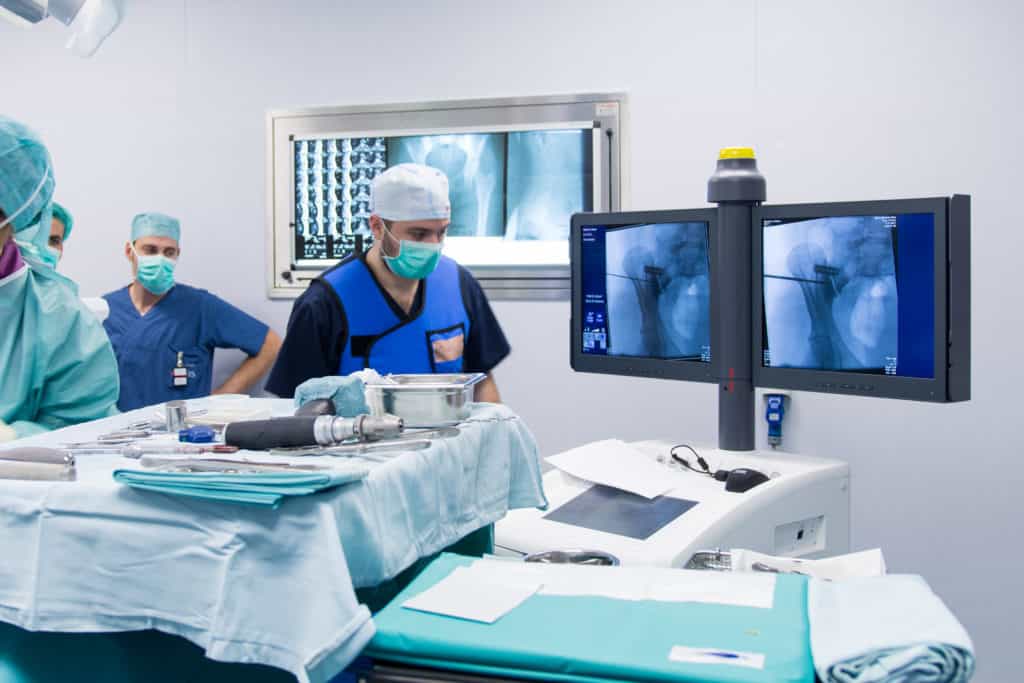 How we can determine the source of the back pain?

“For diagnostic of sacroiliac pain it is very important characteristics of the pain itself because it is interesting that there is no single procedure, like radiological one, that could prove that kind of dysfunction and damage of sacroiliac joint. The only way that we can determine sacroiliac joint “responsibility” for the pain in the back are clinical test and signs.

In case when all 5 clinical tests are positive, it is indication for surgical treatment. The operation is performed in one or both sides. Today we have done left sacroiliac joint because the patient had pain only on the left side.

Intervention lasts approximately for half an hour without loss of blood and is minimally invasive surgical approach.

Which type of back pain points to a problem in the sacroiliac joint?

“When we have spoken about the pain that generates in sacroiliac joint, it is important to mention that this pain is very different from patient to patient. There is no specific characteristic of the pain, so, pain in the back that can be localized only in the lower part of the back sometimes is spreading in the leg, or both legs, it is provoked often by movements, and sometimes is present even when patient is not moving. We could say that this pain is non specific in lower back pain such as herniated disc, spondilolysthesis, degenerative disease, disturbed saggital balance. When we exclude all other causes that provoke pain, in these patients we perform the tests for pain that have origin in sacroiliac joint; if these are positive, the patients are candidates for the operation.” 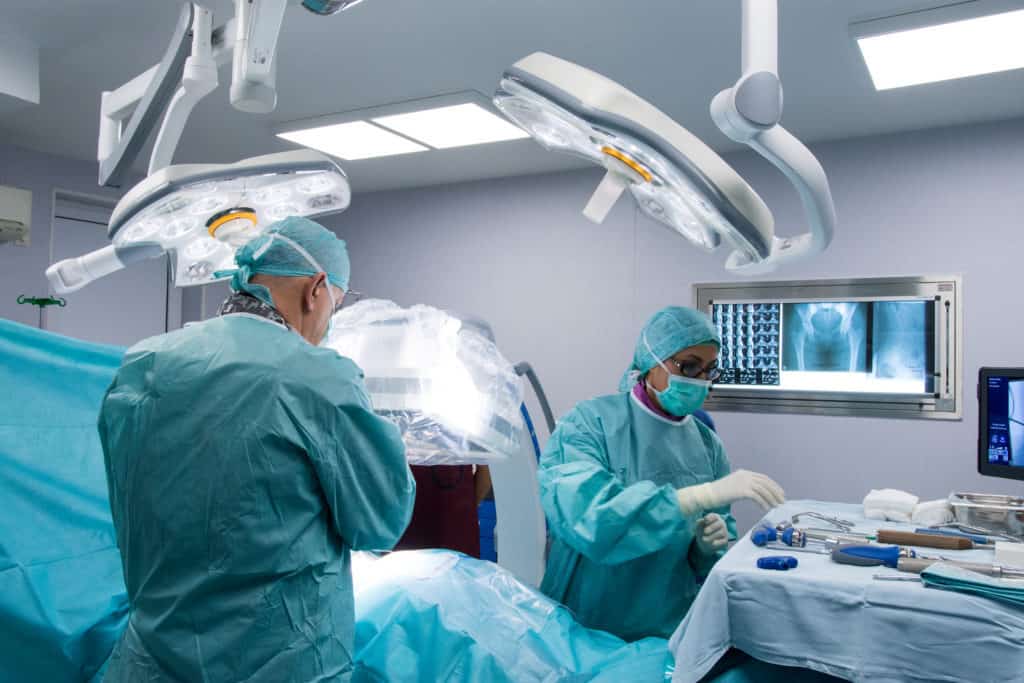 What are the differences of this operation?

“Advantages of this kind of operation is it’s elegance, it is short, and for a patient it is comfort, beside, pain stops, and the patient can return to their daily activities almost immediately. Age population is broad, sacroiliac pain appears mainly in younger people that are physically active and while joint has still preserved anatomic characteristic; it often appears in athletes, but is not direct cause of sport.

It is often seen in stiffening of the spinal column when on pelvis is transmitted non physiological load.

So, in case when we have pain that previously we have called failback pain that have origin in failed surgery in some number of patients, now for them we have solutions because often sacroiliac pain is loaded and this is the origin of the pain.

Beside the fact that the operation is successful and that everything is fine, we have another reason to be especially satisfied, because this is first operation of this type of implant-Rialto. This is Medtronic’s implant that has been implanted so far only in America. We have implanted it for the first time in Europe (so to speak, in continental part of the Europe, because we have some knowledge that it was implanted in Great Britain.”

Insert about this operation you can watch on the following link: