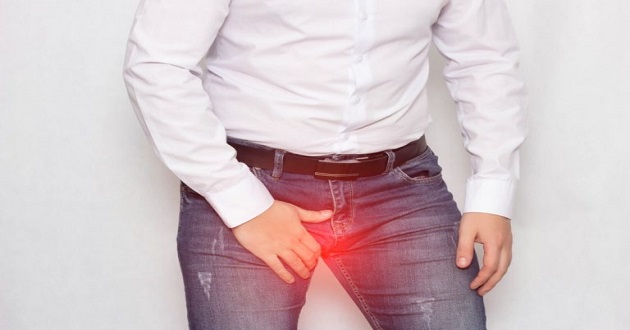 Hydrocele – A type of swelling in the scrotum (Hydrocela) is a collection of fluid. It is caused by the lack of a duct that connects the abdominal cavity with the scrotum. Latin name: Hydroceletunicae vaginalis testis, eng. Hydrocele.

They occur more frequently in children but can also occur in adults. Hydrocele is an anomaly of boys, while in girls a similar condition called Cyst of Nuck.

Hydrocele is a relatively benign condition that does not have to impair the health of the child, but in large hydrocells, high pressure in testis and their atrophy with subsequent sterility can also occur.

It is most often congenital and can be acquired due to injury, infection, etc. Most hydrocele have no symptoms. It is manifested by swelling of the scrotum, a painless enlargement of one, or both scrotum (scrotum), or in the elderly, a feeling of pressure from the side on which the testis is. Hydrocele is diagnosed by ultrasound examination of the testicles.

Incomplete obliteration of the processus vaginalis of the peritoneum leads to the formation of a communicable hydrocele, alone or associated with intrascrotal pathology (hernia). It occurs in 80-94% of newborns and in 20% of adults.

Non-dominant hydrocele is secondary to minor trauma, testicular torsion of epididymitis, varicocele surgery, or may occur as a relapse after the primary treatment of the communicable hydrocele.

Communicating hydrocele varies in size, depending on the activity. Diagnosed on the basis of physical examination and medical history, swelling is transparent and enlightenment of the scrotum facilitates diagnosis. If intrascrotal mass is suspected, ultrasound should be performed. Also, it should be noted if there is a contralateral disease. 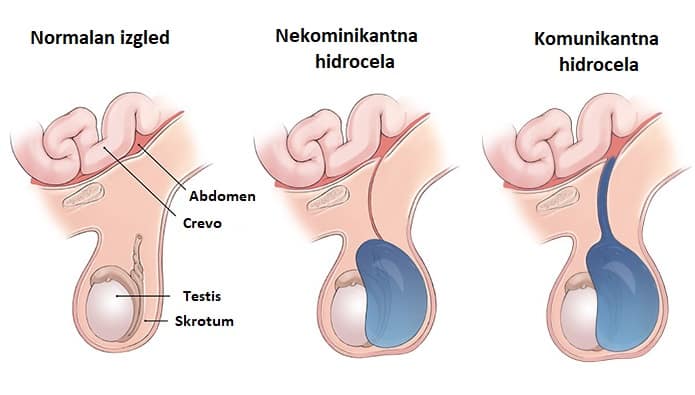 Surgery is performed in case hydrocele is not withdrawn spontaneously.

Hydrocele surgery is an easy routine operation and is performed under local or general anesthesia. It lasts about half an hour. During surgery, the existing duct through which fluid is circulating is removed. Early surgery is indicated for suspected for the same side inguinal hernia or testicular anomalies and other pathology. In children, surgery is the ligation of the vaginalis process through inguinal incision, leaving the distal end open. The most distal part of the hydrocele around the testicle is conserved and thus preserved later forms the envelopes – protection of the testis.

Hospitalization is short-if the patient is well enough  on the same day he goes home or stays for one day. In   2 weeks he can return to the sport and compelte life activities.

Sometimes it is necessary to leave the drain at the site of intervention. Complete recovery takes about 3 weeks and it is recommended that you wear a scrotal suspender and put on cold compress to reduce swelling after surgery.