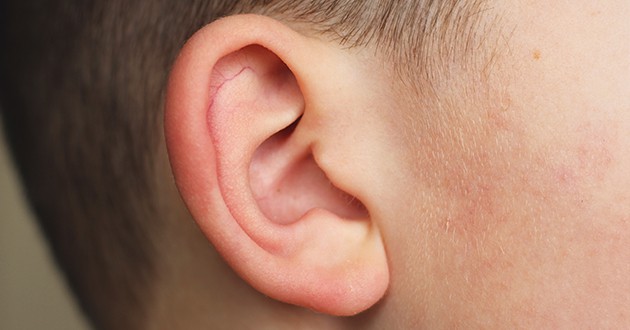 One in about 7,000 children in the world is born with a deformed earlobe (microtia) or with a complete lack of the earlobe (anotia). Microtia is more common in boys and is usually unilateral. If the other ear is normal, unhindered development of hearing and speech is enabled.

In children with microtia, an examination by an otorhinolaryngologist and a hearing test are necessary. Audiological processing includes tonal limited audiometry (at the age of 4 years), tympanometry and otoacoustic emission and BERA test.

Patients with unilateral microtia or atresia usually have normal hearing on the opposite side, and rehabilitation of these patients usually involves monitoring or possibly using hearing aids.

There are three ways to reconstruct the eardrum:

Ear prosthesis is an alternative to ear shell reconstruction. The operation is performed in one or two acts; the prosthesis is kept in position by osseointegration of titanium implants into the bone or by means of adhesive tapes. Children are bad candidates for prostheses, because constant visits to the doctor, maintenance of hygiene and frequent replacement of prostheses every two to five years are necessary. Prosthesis can be a good solution for adult patients, when the damage to the ear shell is a consequence of trauma or cancer.

Another possibility of ear shell reconstruction involves the use of artificial material and is possible from the third year of life. The advantage of this intervention is that there is no taking of costal cartilage, as well as achieving a good shape of the ear shell.

The operation is performed in two acts: