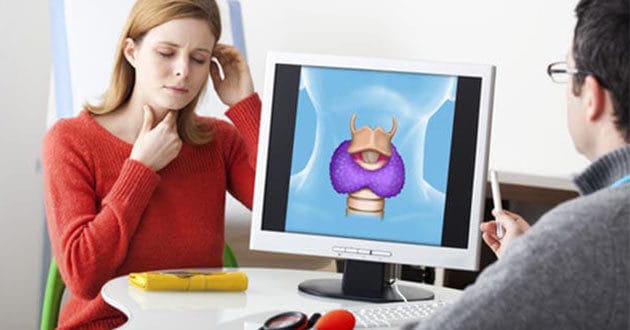 Thyroid gland diseases are among the most common diseases of today. It is estimated that about 35% of the world’s population has some kind of problem with thyroid gland. The thyroid gland (thyroid) is located in the front of the neck and has butterfly shape. It is responsible for producing hormones that regulate metabolism, so that its disorders in speed up or slow down metabolism. Symptoms of the disorder can be diverse, sometimes very unpleasant. Specialists at the Atlas General Hospital reveal the most common reasons why patients with a thyroid gland diseases end up at operation table.

Are you at risk for thyroid disorder?

Women have more thyroid disorders than men, even eight times more often than men. Hyperthyroidism (increased secretion of thyroid hormone), which is the main reason for surgery, is the most common in women over sixty years. Hypothyroidism (reduced secretion of thyroid hormone) is not significantly less harmless. It can lead to thyroid nodules (nodes) that develop within the gland. Genetic factors are also an important factor in the occurrence of these disorders. Thyroid gland disorders in the family history of the disease are an important factor that should not be ignored.

Operation of thyroid gland – when it is necessary to be done

Thyroid gland is removed in case of disturbance of its structure and function, and if there is suspicion that cancer may be present. Hyperthyroidism (increased hormone secretion) is the reason for surgery if medication therapy did not give any adequate effect.

Dysfunction in thyroid glad structure is sometimes referred as struma, enlargement of thyroid gland. Operation is advised in cases of chronic inflammation of thyroid gland. Glands are never removed totally, unless there is suspicions of cancer. 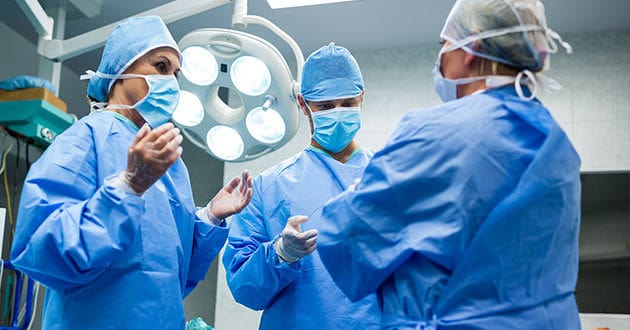 Any suspicion of thyroid cancer should be treated very seriously. Many cases of thyroid carcinoma were permanently cured by surgery when patients come to the treatment in early stages of the disease. Suspicious changes are usually more consistent and can spread to the lymph nodes. In recent years, it is recommended that all persons who have a genetic predisposition to the tumor of the thyroid gland perform preventive removal of the glands-thyroidectomy. This genetic tendency is determined by precise blood tests (RET- proto-oncogene). In these cases, the surgical procedure is much simpler than when a patient appears with already existing cancer.

Operation of thyroid gland lasts from 45 minutes to 2 hours and is performed in general anesthesia one or two days, long recovery in home conditions usually lasts around three weeks.  Complications are very rare. Most often it is about temporary damage of nerves that enables moving of vocal cords, that causes hoarseness. Patients that have hyperthyroidism must have previous drug therapy in order to avoid the occurrence of a thyrotoxic storm, which can be very dangerous.

In all thyroid operations previously should be done tissue biopsy that is checked cytologically.

It can be said that removing of thyroid gland is shock for organism and it is needed certain period of time for body to adjust. After operation it is introduced life- long medical substitution of hormones that should  be taken every morning, although later in life usually it is prescribed only iodine. After operation patient can feel pains and contraction in neck area, and sometimes we can find temporary hoarseness. First two weeks after operation it is advised restraint physical activity and strain.

Most of the patients say that several days after operation their symptoms had gone that bother them previously. Patients return to normal life, without limits, and women can decide to get pregnant without fear for the child.

It is very important to search for a doctor so that complication can be reduced to minimum.