Due to the fact that large number of patients need  treatment, patients from Albania and the surrounding area can now contact the Gjermane Clinic by Atlas Hospital in Tirana for help. Atlas General Hospital has a large team of eminent experts from all branches of medicine in its team who will perform examinations and surgeries in Tirana as well. 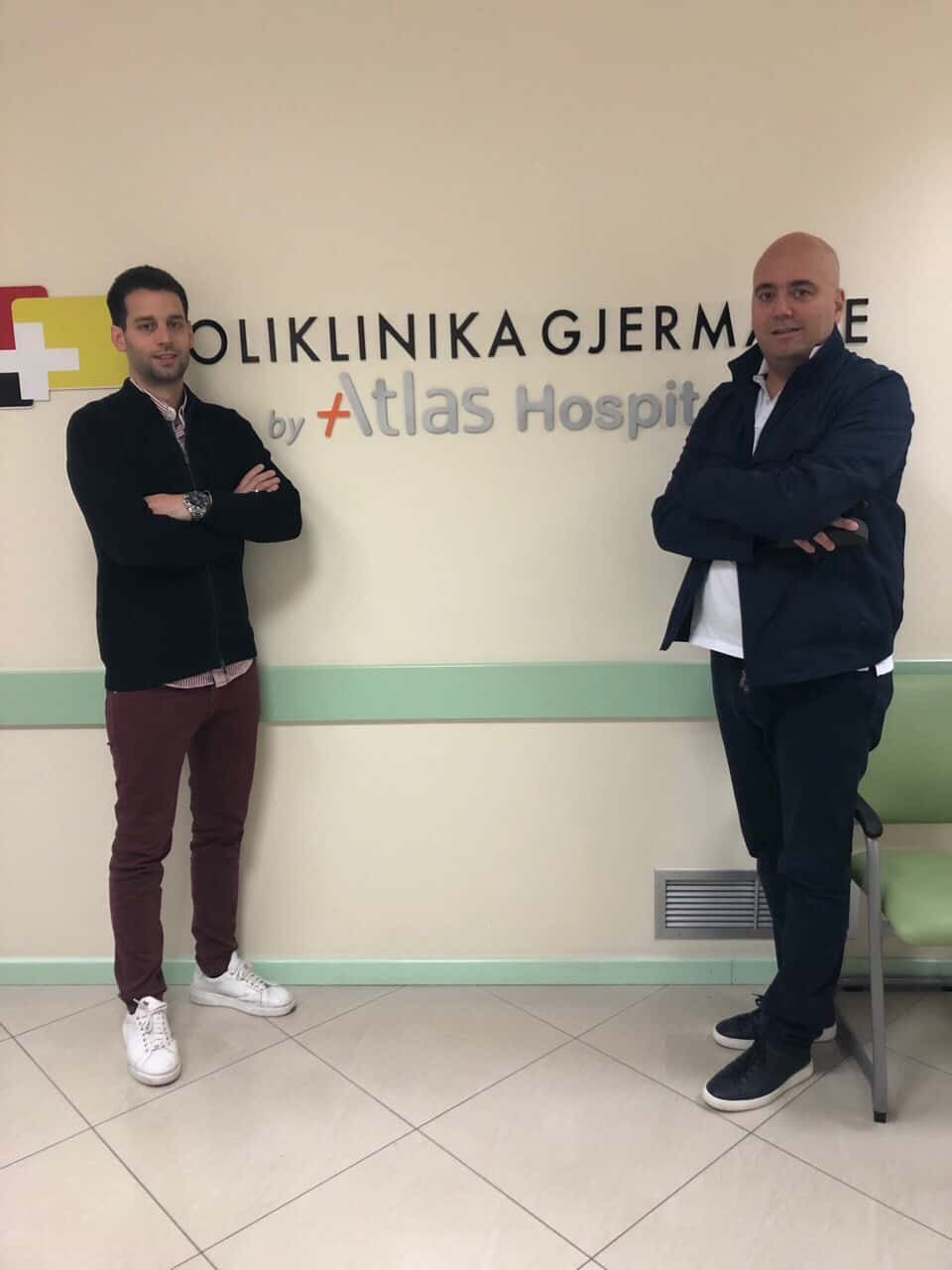 Dr Igor Georgiev – specialist in plastic and reconstructive surgery and Dr Nemanja Gajdobranski – resident in plastic and reconstructive surgery, as well as a team of doctors and medical staff from the Polyclinic Gjermane by Atlas Hospital performed surgery on a 1 year old child who had a problem (congenital defect) polydactyly – or too many fingers. Specifically, the girl was born with pre-axial polydactyly (polidactilia) – a double thumb.

The surgery performed on the child’s hand is resection of the excess finger and reconstruction of the thumb. In this way, a satisfactory functional and aesthetic result was achieved. The operation itself lasted an hour and a half and surgery went well. The girl’s family is very pleased with the results and outcome of the surgery. After a short recovery period, the girl will have a completely normal childhood and a functional 5-finger hand identical to the second, normal one. 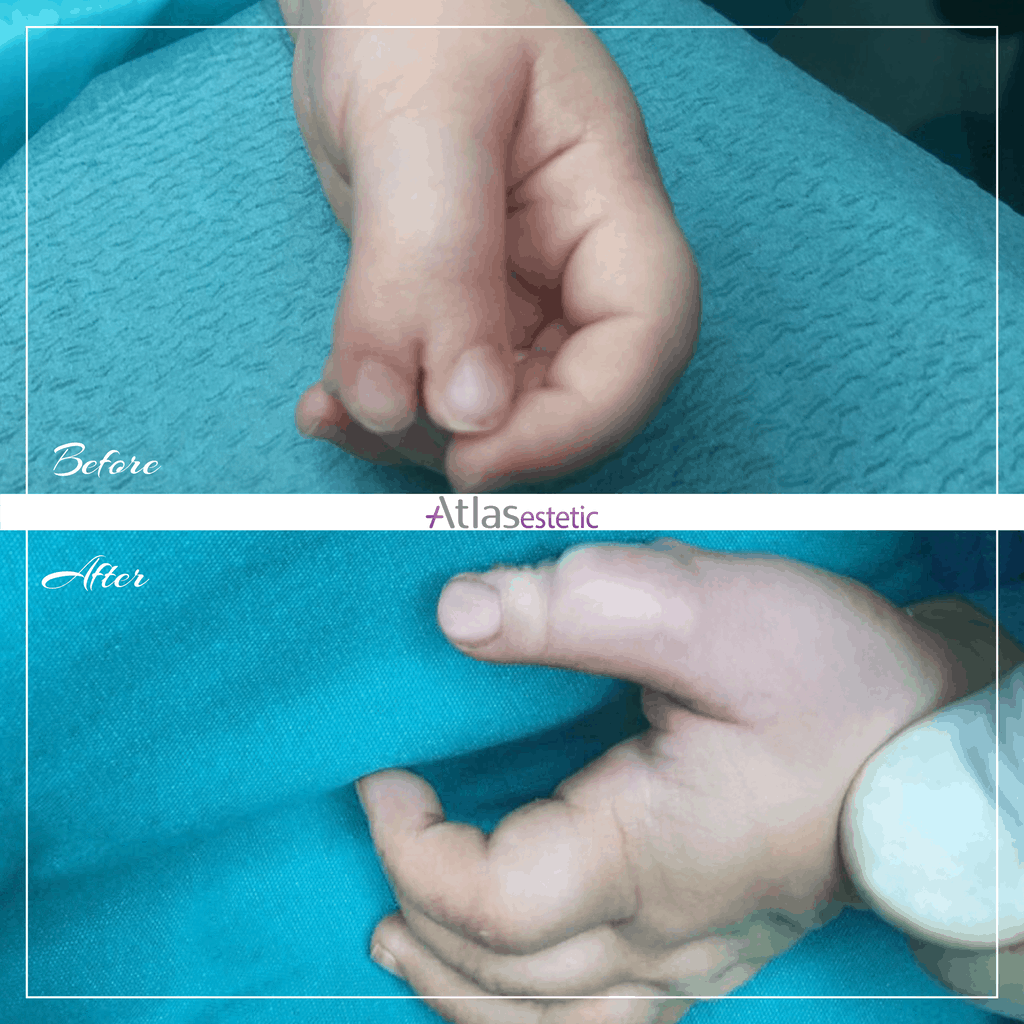 Polydactyly is a congenital anomaly (congenital defect) characterized by excessive fingers, or toes, or both at the same time. The supernumerary finger may be in the form of a thickening on the hand and foot, but it can also be presented as a fully developed finger. Polydactyly can be found as an isolated condition, or within some associated disease and syndrome. Also, most commonly, polydactyly develops on both sides, but can only be found on one side of the body.

Statistics show that polydactyly in any form is found in every 1,000 newborns, with a slightly higher chance of being developed by male children. Africans and Asians are also more likely to develop polydactyly.

How is polydactyly manifested?

The supernumerary finger may manifest as a thickening on the hand, or foot, or as a fully developed, functional finger with developed bones and joints, but this is the rarest manifestation. In most cases, the excess finger has no developed joints, only bone tissue and is dysfunctional.

There are three types of polydactyly, regarding the extra finger: