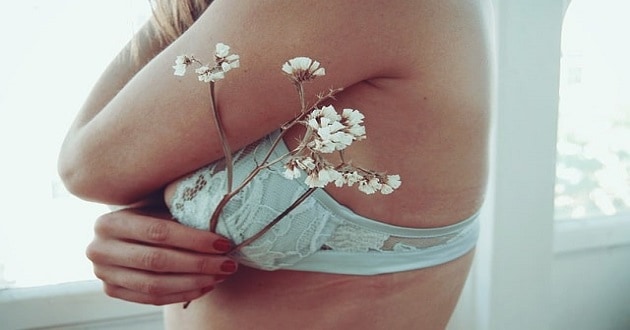 Just a thought of the appearance of a nodule in the breast of almost all members of the fairer sex is frightening. However, not every node in the breast is a cause for concern and fear.

In younger women, nodules in the breast are much more often benign – fibroadenomas. The existence of fibroadenoma in the breast is not dangerous, but its removal is recommended due to peace of mind, especially in the case of faster growth.

Breast fibroadenoma surgery is a routine operation, which gives the person the feeling of calmness, as well as that there is no discomfort in the breast.

The expert team of Atlas Hospital, led by Dr. Marko Jevrić, will perform breast fibroadenoma surgery at a promotional price of 111,000 dinars. The price includes the costs of preoperative preparation, surgery and a hospital day. Now is the right time to schedule your examination through the call center of Atlas Hospital (011 785 88 88) and perform an intervention if you have this problem.

Not every lump on the breast is dangerous

Breast fibroadenoma is a benign change in the breast tissue caused by connective and glandular tissue, mobile and clearly limited by a fibrous capsule. They occur due to hormonal changes mainly in the twenties and thirties. 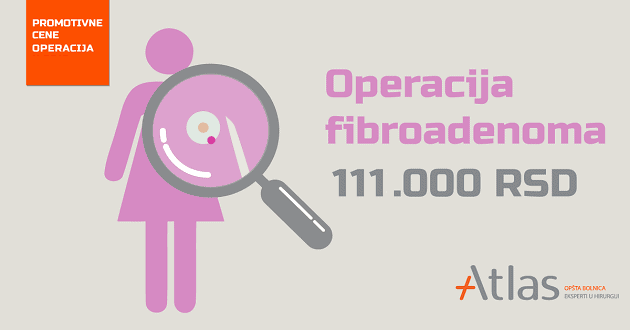 Long-term increased estrogen levels are the main culprit for the formation of fibroadenoma. The diagnosis is made by ultrasound and physical examination in younger people, while in the elderly it is sometimes necessary to do a mammogram. In some cases, a tissue biopsy is needed to know for sure that this is not a malignant change.

Fibroadenomas do not have a malignant potential, but are monitored by clinical examinations every six months or every year. They can be from one to as much as ten centimeters in size. They are not treated with medication. Not every fibroadenoma needs to be removed, but the one that bothers the patient.

People with breast fibroadenoma may have a feeling of increased breast sensitivity, pressure, but also pain, especially as the tumor grows and presses on the surrounding tissue. Breast pain is often bilateral, although fibroadenoma is found in only one. It is not uncommon to see discharge of bright color from the breasts to appear.

Pain occurs in the first stage of the disease called mastoplasia, while in the second stage of adenosis, pain and tenderness occur only before menstruation. The cystic phase occurs after the age of 40 if it is not operated before. Patients can often feel a fibroadenoma on their own.

Fibroadenoma is most often located in the upper outer part of the breast towards the shoulder. Sometimes it is difficult to distinguish fibroadenoma from phyllodes tumor, so tumor surgery is recommended especially when its rapid growth is determined.

The operation is performed with a minimally invasive method under short-term general anesthesia. Two hours after the operation, the patient is released home. Resorbable sutures are placed at the incision site, which are not removed, and are located below the level of the skin so that they are not visible from the outside. This type of suture decomposes on its own in the body and is completely harmless, but very important for the visual effect of the operation.

A small surgical patch is placed over the suture, which enables fine healing almost without scarring, because the two sides of the skin are glued together. Incisions are made under the armpits or within the nipple when possible. After surgery, in about 20% of cases, there is a recurrence that does not pose a danger. The extracted breast tissue is usually sent for pathohistological analysis.

After the operation, the patients should refrain from major hand movements on the operated side so that the skin does not stretch. Stretching the skin can cause a visible scar that we want to avoid.

The wound after the operation is not painful and there is no need to use painkillers. The patient should rest at home for a few days.

Atlas General Hospital enables all patients who no longer want to suffer the discomfort caused by fibroadenoma, to perform the operation at a promotional price of 111,000 dinars. Breast fibroadenoma surgery is performed very quickly after the check-up or at the time that suits the patient.