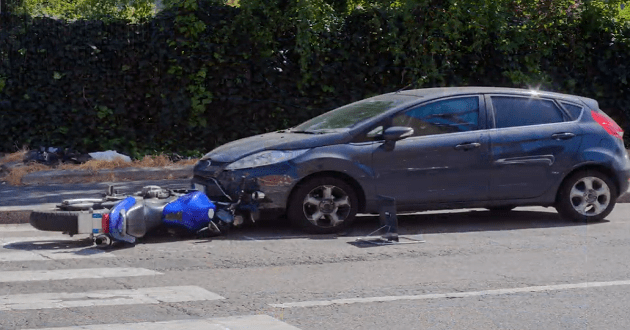 Milovanović Miloš (42 years old) from Ub four months ago had a motorcycle accident during falling off a scooter straight under the car. During accident he got fracture of second cervical vertebra (C2) or axis (dens). Unfortunately, during examination in Hospital in Valjevo fracture was not diagnosed, so his issues with time became worse.

What happened when you fell from motorcycle?

“After the fall, I have continued to live with normal life because I didn’t know that my neck was broken. After two months everything led to almost complete vertebra fracture. Literally my head was hanging on the muscles, not on the spine”, explains Miloš.

If the fracture had been diagnosed immediately after the accident,  he would have been urgently operated and possible complication would have been minimized. Because of the very complex and difficult situation that was developed in the meantime, our famous neurosurgeon /spinal surgeon dr. Milenko Savić performed the operation in Atlas General Hospital.

How did your neck fracture heal?

“Intention was to do fixation of the fracture, or to bring together the broken part to the base of the vertebrae. With this, all conditions would be created and in some time would heal as it was before”, says dr Savić.

Operation was very successful and everyday life of the patient was very much relieved. However, due to unusual position of main blood vessels of the patient in the cervical part, dr Savić proposed the second operation.

“During the first operation we have done fixation from occipital bone to second cervical vertebrae.  The second one was performed from the anterior part of the neck, with special screws that passed through the base of the vertebrae up to broken part in order to close it to the base and to make contact – bone to bone. That is a guarantee for a definitive fixation of the fracture and complete healing”, says dr Savić and explains that in case that patient had come immediately after the accident, it would have been needed only the anterior operation. 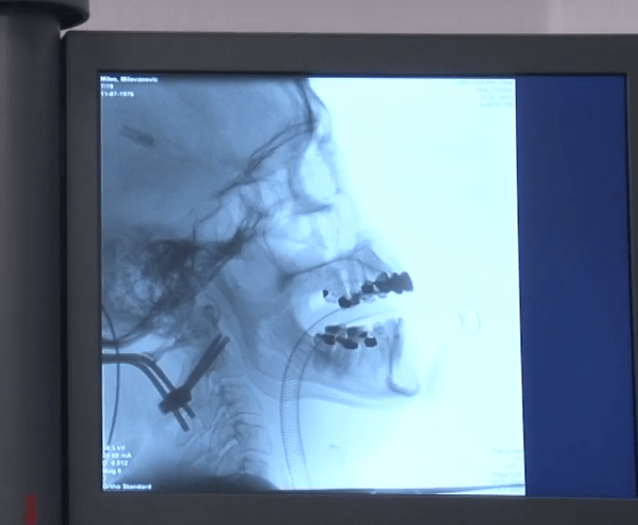 Can broken neck surgery be performed in private hospitals?

Surgery like this one is the first performed in one private hospital in Serbia. Until now these operations were performed only at Military Academy, Belgrade.  Atlas General Hospital provided an expert team and necessary technical conditions.

“Special surgical cutting edge screws that were designed exclusively for the neck were used  and are very modern. It is required to have surgical knowledge and demanding technical conditions- that is  the reason why such operations are not performed in other hospitals. In this hospital (Atlas Hospital) we have succeeded to perform these operations completely successfully and with safety, says dr Savić.

In domestic public, and even in medical circles, often we find opinion that fractures and difficult injuries of the neck can not be treated and that domestic hospitals are not able to deal with the problem surgically. Dr Savić denies it and claims that operations of the neck are equally demanding as on any other part of the spine.

“If you have an adequate equipment in the operating room, good anesthesia team and experienced surgical team, complicated spine operations are safe and very successful, concluded dr Savić.

Miloš Milovanović just two days after the operation was discharged from the hospital. He is recovering successfully with prognosis that his neck will soon be able to recover completely like before the accident.

We asked Miloš if he planned to drive the motor again -“Never again”.

We would like to appeal on all traffic participants to be cautious, to respect traffic signs, not to drink alcohol nor to use mobile phone while driving and to put seat belts regularly/ to wear protective motorcycle helmet.