Uterine prolapse does not have to bother you • Atlas Hospital 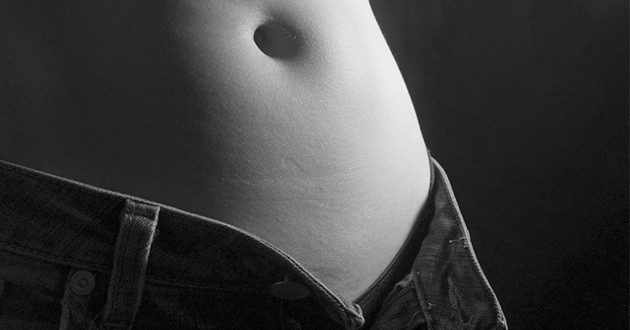 After fourty large number of women suffer from uterine prolapse and/or bladder that are caused by weakening of connective tissue and pelvic muscles. Problem is very unpleasant and women from this region do not want to talk about it very often. This unpleasant problem can not pass by itself, but it is necessary for women to search for professional opinion and treatment. Uterine prolapse today can be successfully solved with gynecologic surgery that is very comfortable for the patients.

In Atlas General Hospital large number of specialist – gynecologists/urologist successfully treat this problem. dr Slađana Kovačević, dr Mirko Jovanović and many others. All the information about the doctors and surgeon you can find on the site or by calling our call center: 011 785 88 88

This uneasy feeling women can recognize by urine incontinence, especially during sneezing, coughing, running, and sudden movements. Incontinence occurs in large number of women with this problem, and reason is bladder prolapse. Bladder loses support as with time there are less and less hormonal production.

Urinary incontinence is not dangerous, it is not disease, but can significantly make life more complicated.

Patients urinate very often, so they are not capable of leaving house or they have to wear adult diapers.

Prolapse is happening in women after forty due to some physical effort, obesity, giving birth with baby that was heavy and with age. Straining that causes pressure in the stomach, as it is case in constipation, and that all can lead to vaginal prolapse and of pelvic organs. Vaginal prolapse is often seen in women that had several heavy childbirths (forceps, vacuum or perforation usage) where tissue injuries haven’t healed well enough.

Prolapse can mean that bladder, uterus, walls of vagina and part of the colon can drop and also perineal descent. Most often it is dropping of the walls of the vagina or bladder which patients feel like great uneasiness, swelling and pressure in vagina. Some patients have problems during urination or defecation. Unfortunately, many patients do not know that this problem can be solved with minimally invasive surgery.

Sling procedures (TOT-TVT) are by far the most popular today and are known in our country as “strap-on” pocedure. During the intervention, the patient is on the gynecological table in a gynecological position. The operation takes a relatively short time (10-15 minutes) and is performed under anesthesia. Anesthesia can be general (“sleeping condition”), regional (“spine injection”) or local (“on-site of the needle”).

In the vagina, on the anterior wall, a small incision is made on the mucosa through which a synthetic band is placed and the incision is made at the vagina. The stitches dissipate on their own later, and the incision on the vagina is not seen, nor can it be touched, if the intervention has finished properly. The strap remains in the body and should not cause any problems except for occasional tightening in the groin when stressed. After a few months, this feeling is usually lost.

Most often, the procedure involves a woman being admitted to the ward the day before surgery and staying in the ward for another 24 hours. The catheter is removed from the bladder the next day. In 90% of cases, the woman is dry and normally wet already at discharge or at the latest by the first check after two weeks.

If there is a significant decrease in the vaginal wall (which is estimated by the gynecologist) with urinary escape, the placement of the band is not enough, but surgery should solve both problems at the same time. The first option is the so-called “Colposuspension” -raising the anterior wall of the vagina and bladder. It is an operation with an incision in the anterior abdominal wall (as in “caesarean delivery section”), which is performed under general anesthesia. During the intervention, with a  few stiches, the anterior wall of the vagina is fixed to the inside of the pelvic bones. In the pelvis nothing  is intersected nor removed. If the surgery is successful, the vagina is no longer present, the catheter is removed after a few days, the woman is dry and properly wet.

There is also the option of simultaneously positioning the strap (which resolves incontinence) and another wide mesh (which solves the fall of the anterior wall of the vagina). This method works elegantly and successfully solves both problems in over 90% of cases, but (quite rarely) insoluble complications such as altered sensation in the vagina during intercourse or pelvic pain that persists even after removal of the entire mesh are possible. Therefore, retinal placement is only advised as the “last resort”, mainly for older women who have no sexual relations and for whom other treatments have failed.

Patients recover very quickly and after several days they can continue with their activities.

Pain in the pelvis is present for several days after the intervention and is solved successfully with painkillers. For first several months after the intervention patients should restrain from weight lifting and straining, as well as prolonged standing. Problem comes back seldom if patient listen the advice’s of the doctor during the recovery period.

All patients are received in the hospital the same day when they call us and in shortest period of time they perform all the necessary analysis and examinations. If there is need for additional care at home after the vagina prolaps, Atlas General Hospital recently has begun to take care of its patients also at home conditions.

For all the necessary information regarding gynecologic surgery you can call
+381 11 785 88 88 and make an appointment with the surgeon.