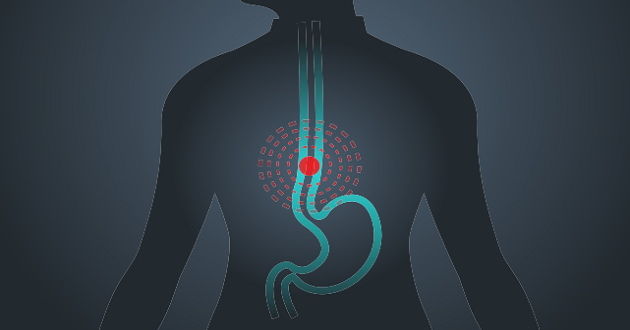 What is esophageal cancer

This cancer can occur anywhere along the esophagus. More men than women get this type of cancer.

Esophageal cancer is the sixth most common cause of cancer deaths worldwide. Incidence rates vary within different geographic locations. In some regions, higher rates of this cancer may be attributed to tobacco and alcohol use or particular nutritional habits and obesity.

Signs and symptoms of esophageal cancer include: 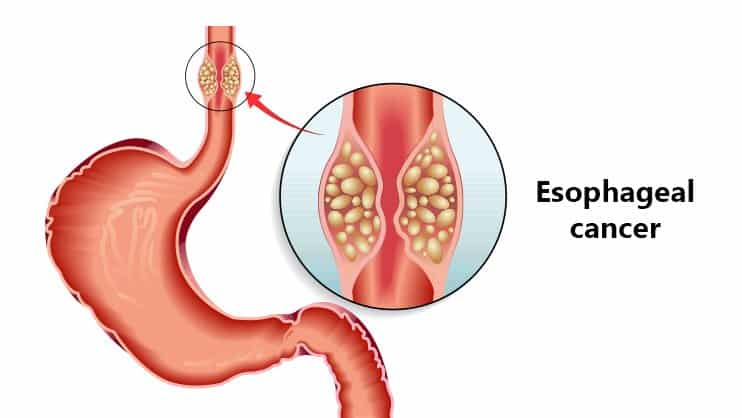 When to see a doctor

Make an appointment with your doctor if you have any persistent signs and symptoms that worry you. If you’ve been diagnosed with Barrett’s esophagus, a precancerous condition caused by chronic acid reflux (GERD –gastroesophageal reflux disease) your risk of esophageal cancer is higher. Screening for this type of cancer may be an option for people with Barrett’s esophagus.

Esophageal cancer occurs when cells in the esophagus develop changes (mutations) in their DNA. The changes make cells grow and divide out of control. The accumulating abnormal cells form a tumor in the esophagus that can grow to invade nearby structures and spread to other parts of the body.

As esophageal cancer advances, it can cause complications, such as:

You can take steps to reduce your risk of esophageal cancer. For instance:

Tests and procedures used to diagnose esophageal cancer include:

Determining the extent of the cancer

Once a diagnosis of esophageal cancer is confirmed, your doctor may recommend additional tests to determine whether your cancer has spread to your lymph nodes or to other areas of your body.

Your doctor uses the information from these procedures to assign a stage to your cancer. The stages of esophageal cancer are in range from 0 to IV, with the lowest stages indicating that the cancer is small and affects only the superficial layers of your esophagus.

Your doctor uses your cancer stage to select the treatments that are right for you.

What treatments you receive for esophageal cancer are based on the type of cells involved in your cancer, your cancer’s stage, your overall health and your preferences for treatment.

Surgery to remove the cancer can be used alone or in combination with other treatments.

Esophageal cancer surgery carries a risk of serious complications, such as infection, bleeding and leakage from the area where the remaining esophagus is reattached to the stomach.

Surgery to remove your esophagus can be performed as an open procedure using large incisions or with special surgical tools inserted through several small incisions in your skin (laparoscopically). 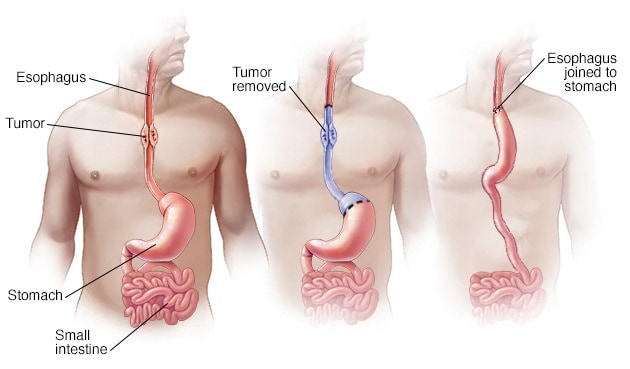 Chemotherapy is drug treatment that uses chemicals to kill cancer cells. Chemotherapy drugs are typically used before (neoadjuvant) or after (adjuvant) surgery in people with esophageal cancer. Chemotherapy can also be combined with radiation therapy.

Side effects of radiation to the esophagus include sunburn-like skin reactions, painful or difficult swallowing, and damage to nearby organs, such as the lungs and heart.